New Zealand China Trade Association Chairman Martin Thomson says Zespri has demonstrated strong success in the China market despite the impact of PSA on the industry.

“Zespri’s story is one of strong sales growth and a growing presence in China, all of which has been achieved despite recent setbacks.”

Mr Thomson says John Key’s award recognises the strong connections he established at the highest levels of the Chinese government.

“The closeness and personal relationships he built underpinned the rapid growth in the relationship during his tenure as Prime Minister.  Mr Key understood the importance of China to New Zealand’s economic future and ensured the country remained focussed on maximising the opportunities,” Mr Thomson says.

A new award for e-commerce and exports underscores the huge shift of Chinese consumers toward online technology for researching and buying New Zealand products.

“China has become the most online savvy market in the world.  Using the web as a route into the marketplace is becoming critical for exporters and we want to champion companies doing that well,” Mr Thomson says. 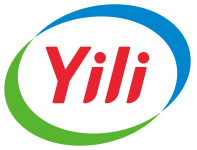